We live in a world that is now only ever a click away, take it beyond three clicks and you are in danger of losing your audience for good.  And yet back when I received my very first camera patience was the name of the game.  You  could and probably would wait at least two weeks to receive your developed spool while crossing your fingers that most of the images had worked.  Even then I had to wait until I was given the money before I could take the spool to the chemist (yes the chemist - a bottle of aspirin, a wee antibiotic and your holiday photos all in one bag).

I chose to party and party hard but the longing remained and I always had a camera by my side.  The world of digital has allowed more people to take part and its broken down those barriers and yet I  understand that those who have sacrificed everything and learned through film are a bit unimpressed by the flooding of the market, but every market is flooded.  I can easily trip up over hairdressers, barbers, nail technicians and delis but here's the thing - there's a lot of people out there needing and wanting all of the above and when they look good they want their photo taken too.

There is room for all of us and like any hairdresser or nail technician its who you gel with and who responds to you that matters.

We can all take photos much easier now and filters and new technology make it easier but its not the technology that takes the photo, its you!  It doesn't matter what make of camera you have (I'm Nikon if that really does matter to you) its what you see through that lens that matters and sometimes an image presents itself to you and  you know you have to reach for whatever instrument you have on you, mobile, compact or DSLR - it really doesn't matter.

A few years ago I paid a visit to Merchant City Cameras in town and my mum and dad came with me.  As I was leaving the shop I turned to see both of them walking in unison, balance equally at each side by their walking sticks and I became obsessed.  I had to catch that moment and I wanted it as both sticks hit the ground at the same time, no idea why that was so important to me but they were always so in sync that it must've been a subconscious decision to go that way.

Today that photograph alone is the one that stands out the most in my portfolio.  It hangs beside Billy Connolly in my studio and people ask about that more than any other photo in there.

To that end I'm glad that I begged for a camera and tormented them for spools and for money to develop the photos, because that reborn passion allowed to me take an image that means so much to me and many others. 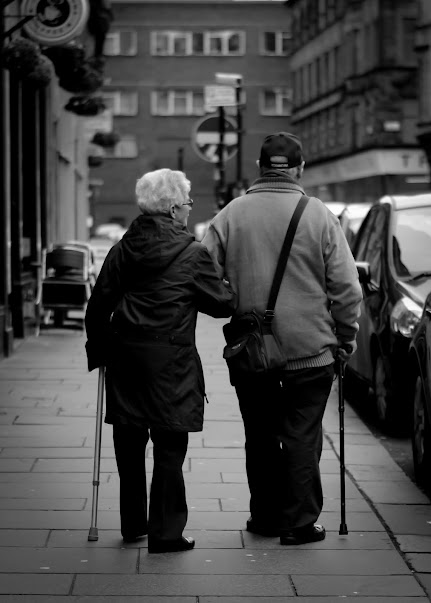 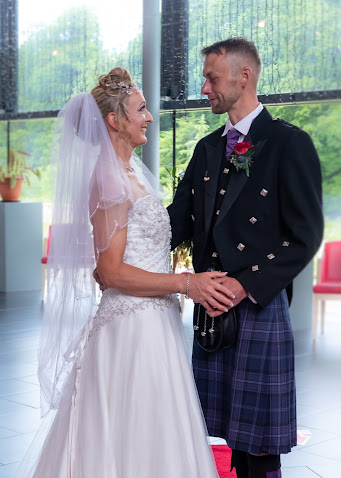 This chief ain't wearing no wedding dress for nobody

Glasgow
Rosaleen Bonnar Photoworks is a Global Award Winning Wedding Photographer and is one of the most professional and caring studios around. Every photoshoot is met with a fun personal service to make you relax and smile. I'm also a personal brand photographer with over 20 years communication and marketing experience so I get to know you before I pick up my camera. The same applies when it's portraits and events. Photography of you, your business and your milestones is an investment so kick off the Jimmy Choo's or pull on the Hunters and lets make this experience one you will never forget.